Shingling Vine for Terrariums and Vivariums

There is something irresistible to me about plants that creep and crawl in such a tight orderly fashion...like tiny shingle vines do! This lovely specimen of Marcgravia umbellata (also known as monkey paws) has taken off from a couple of small stem cuttings I rooted in sphagnum moss inside this glass canister. I keep a lid on it.

These beauties will quickly take off inside terrariums, vivariums, or simple glass jars like this one...by clinging to whatever is nearby - including the glass. It’s beautiful displayed all alone, but makes a wonderful mixed planting companion and an excellent background plant in vivariums. Just make sure to prune it regularly if it grows out of bounds. It's a tiny plant with big personality. 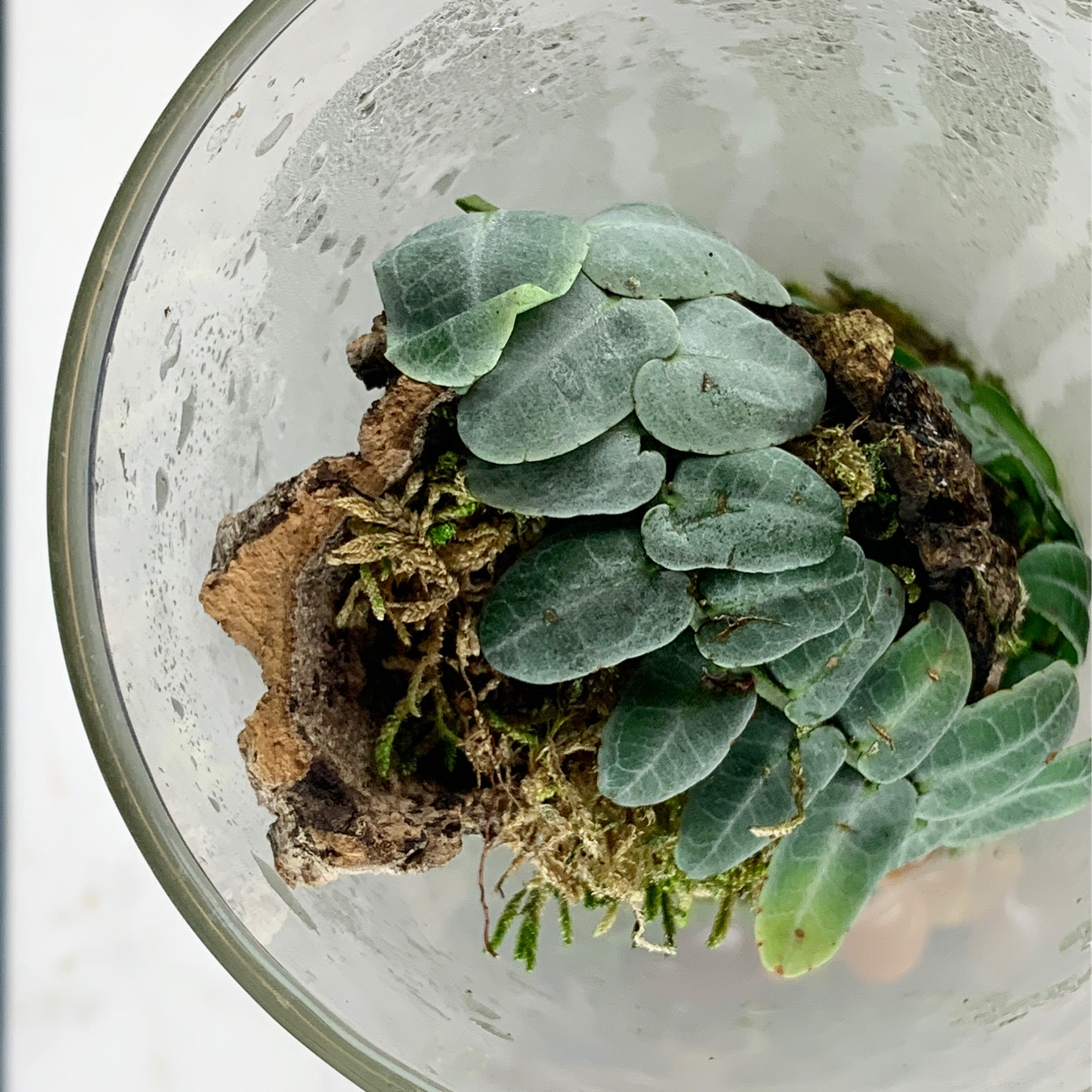 A bit of shingling vine botany

Now, a thing to know about shingling vines. All plants will go through as serious of changes developmentally as they morph from a seedling into a mature plant that can reproduce. For some plants that shift isn't outwardly noticeable, until you see buds or flowers. But for other plants there are distinct morphological differences that signal juvenility versus maturity. In many shingling vines the flat or quadrangular leaves that adhere to trees or other supports with aerial roots represent the the immature or juvenile growth phase of many vines that, once mature, will grow much larger and produce larger leaves that don't look much like the smaller shingling immature leaves. Marcgravia spp., which are a group of tropical flowering vines, fall into this category. So, the teeny orderly shingling leaves of the immature vines will eventually, but only under the right conditions and after time, shift into a mature phase with much larger foliage that does not shingle in this fashion. However, it's unlikely that in home indoor conditions, or in a terrarium, that your plants will make this shift.

ALSO, vines/stems can revert to their juvenile phase if they start growing out into the air with no support structure.

Marcgravia spp. are semi- or hemiepiphytic, meaning that some species may become fulling epiphytic after losing contact with terrestrial soil. But, seeds of the plant may also germinate in tree canopy...but may ascend to become terrestrial. Basically they can do both.