We hit 92 today...a bona fide warm day...pretty much our first. Which is bizarre. It's been unseasonable cool and moist this spring. Not the sort of thing one usually complains about in Texas, but it has put a damper on the normal progress of my vegetable garden. The cool temps have thwarted three attempts to get my eggplant and pepper seeds germinated directly in the garden so I've started a backup crop indoors. It's awfully late for that, but better than never. Now that the heat is coming on things are finally starting to pop.

I'm scrambling to harvest and eat as much of the salad greens as I can. This day of 92 degrees heralds the soon to come demise of my salad days...Try as I might, I cannot keep the cilantro, dill and parsley from going to bloom. I always let them flower because they are so pretty and the bees love them. It just means I have to let them go...sniff sniff. 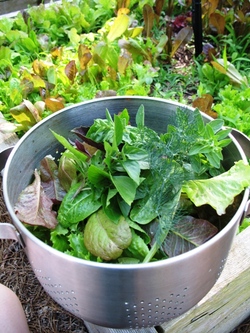 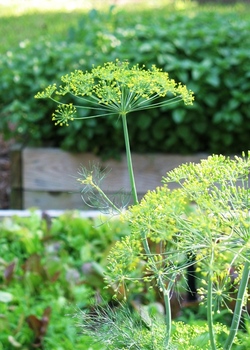 Not to worry though...don't think that I will be so sad for the arrival of summer. Because you know what summer means...TOMATOES AND PEPPERS!!! Yay is all I can say. I will be eating homegrown tomatoes and peppers from now till about February, when the last of the pre-harvest fruit I bring indoors runs out. 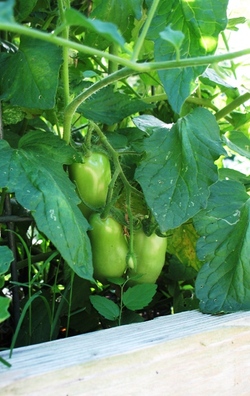 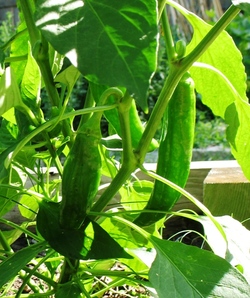 The bush bean seedlings are coming along nicely, as well as the potatoes and the corn... 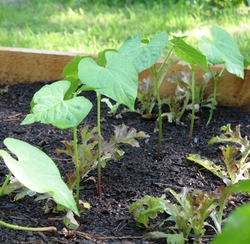 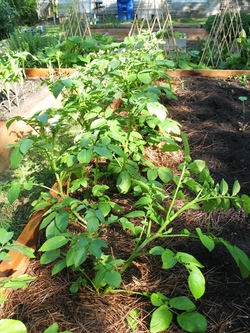 The summer squash has begun to twine and flowers abound. The ants and a few bees are doing my pollination duties for me (ok, I admit I'm still spreading a bit o' pollen around my self, but don't tell the ants and the bees...) 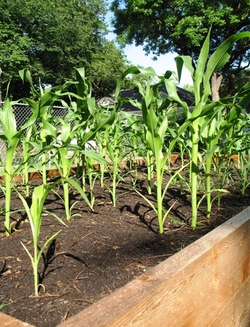 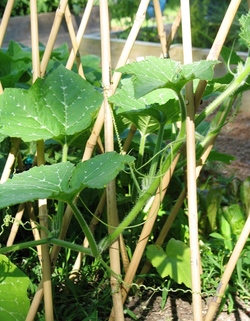 Earthed up the potatoes again after this photo and harvested some leeks...these leeks will pretty much be the last of the season as they are going dormant. I've been quite negligent in harvesting them at all this past season...bad, bad gardener.

Tonight I made a big mixed green salad from the garden with a few fresh herbs as well. It accompanied an angel hair pasta with a homemade tomato sauce with fresh basil and oregano from the garden. Lovely.

As the British say...Grow your own Veg!