Hard Freeze: Should I Cover My Plants?

Cover plants in a freeze

Hard freezes have come early in North Texas, and we're headed for another one come Monday night/Tuesday morning (11/11), with temps predicted to be in the 26F-31F range. I often get questions about what and when to cover plants, so I thought I'd share an answer I just provided to a client yesterday.

This time if year, you may have a mix of newly planted cool-seasons plants, such as pansies, violas, kale and mums, along with some summer leftovers such as croton. You may also have young cool season veggie plants in the garden.

Pansies and violas cold hardy and typically just fine at temperatures down to the mid-20s without protection. so I usually don't recommend you need to cover them at those temperatures. Same goes for kale and cabbage. Violas are generally a little more cold tolerant and resilient than pansies. Pansies and violas are still hardy down into the mid teens, but you'll lose some flowers or flowers buds once you get down into the low 20s or high teens, depending on where they are planted (how exposed versus close to a house or under tree cover).

Your mum plants will survive but their flowers will probably be burned in the freeze. 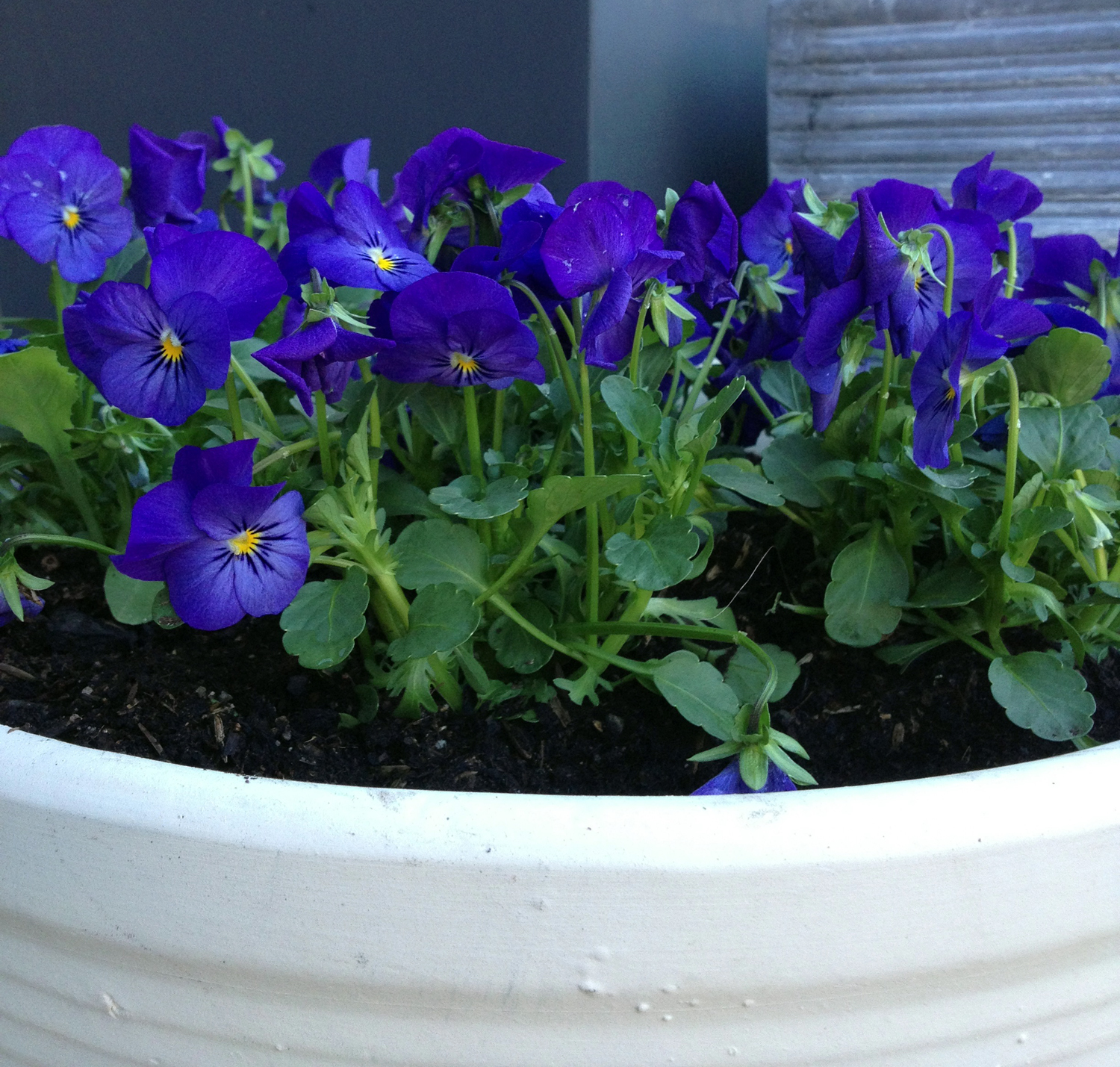 It's always best to water things in before a hard freeze which will help increase turgidity in the plants, helping to protect them from cold damage.

If your cool season veggie plants are very young or are seedlings, you should cover them if we drop down to the mid-20s. Otherwise they will usually be fine at temps above that. You'll often see plants such as kale and mustard greens be frozen solid, then perk right back up once the sun comes out.Crops such as spinach are very cold hardy and never require covering in our area.

Some cool-season color, such as cyclamen, is a bit more marginal in it's cold hardiness. If you've recently planted cyclamen, you should go ahead and cover them on Monday. Same goes for primrose or Gerber daisy. Diascia, cherianthus and the like should be fine uncovered, however you could lose some flower buds.

If you have Camellias with new flower buds developing on them, you should go ahead and cover them. It's a pretty typical scenario in this area for camellia buds to be nipped off in early freezes, or by a frost that arrives during a warm spell. Summer tropicals such as croton are not frost hardy. These and any other warm season annuals probably won't make it through the frost, however if we only get to 29F, and you cover them properly, they can survive.

The goal with covering plants is to insulate them by creating some warmer air around the plants. So the frost cloth should not be tight on the plants or be pressing them down or against them - or wrapped tightly around them in pots - you lose the insulation value you when you do that.

Note that you'll get on average about 4-5 F degrees of temperature protection from typical frost cloth - you can double layer it to improve that, or buy heavier frost cloth that is rated for 8-10F protection.

Sometimes temperatures take a hard dive below what is forecast. In such situations even frost cloth won't always do the trick; especially if it's been on the warmer side, then temps all of a sudden get cold. When there are sudden big shifts in temperature, plants don't always have time to acclimate and you may lose plants that are typically cold hardy in our area.

If there is heavy ice or snow, know that even if your plants are covered with frost cloth they won't necessarily be protected the same way. When the ice or snow weighs down the cloth and presses against the plants, they can still be damaged. In fact, that can cause even more damage to the plants than if they were not covered. That said, if your plants are not covered and they get covered with a thin coating of ice, they may be just fine, as the ice can actually act as an insulator. But it all depends on the species of plant and it's temperature tolerance.